This article from WikiPlayers is going to reveal Phil Foden salary to satisfy your curiosity. Having signed a new deal with Manchester City, Phil Foden has bumped his earnings and become one of the highest earners of The Citizens. How much can Phil Foden per week? Let’s jump in.

A brief bio of Phil Foden

Phil Foden was born on 2000 May 28. He is a young professional football English player who joined Manchester City at the age of 8.  Phil officially signed an Academy scholarship in 2016. One year later, Foden became a part of Manchester City’s pre-season tour in the United States. 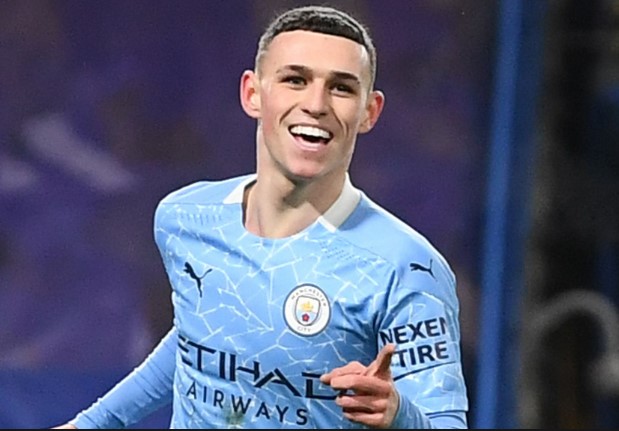 Phil Foden made his first debut for Manchester City in the UEFA Champions League in 2017 November and made an impression on everyone. At the age of 22, Phil raised the Premier League trophies twice with the Citizens. Besides, he won trophies at English FA Cup winner, English League Cup winner, and more awards.

Foden plays as a center midfielder and becomes popular with his exceptional first touch, close control, and balance on the ball. His biggest ability is to getting to draw players to him. When receiving a pass, Foden always looks to take the first touch with his back foot, poise, and prepare to advance the play with his subsequent move.

Foden is believed to become one of the greatest English players. At the age of 22, in total, he scored 22 goals and produced 11 assists in Premier League. “He will do amazing things in the game. He has huge talent.”, Messi said.

Phil Foden earnings and net worth

You are more likely to feel intrigued by Phil Foden earnings after reading his brief bio. This part reveals how much Phil Foden earns and his net worth.

How much is Phil Foden salary per week? Man City and Foden’s agent have agreed on a salary of £200,000/week in recent negotiations. Foden struggled with a foot injury early in the season. However, the new deal has brought fresh energy to Guardiola’s men since returning to action.

Man City doesn’t want to lose this promising talent so they decided to tie him until 2027 with an official contract, which offers an increasing income for Phil. The deal actually makes Foden the young player receiving the super high salary in the world.

In 2018, the English youngster was paid by Man City only £12,000 per week. But some contend that Phil Foden’s pay didn’t fairly compensate him for the value he brought to the squad. Then he signed another deal of £65,000 a week until 2024. And now, Foden has tripled his earnings after putting a pen on a new contract to prove his value to the Citizens again.

As of 2022, the English player’s net worth is 3 Million Pound. Because the new deal also helps Phil Foden to increase his wage, Phil Foden’s net worth will certainly go up in the near future.

Where is Phil Foden’s earnings ranked in Man City?

Look at the table of Manchester City’s payroll below and you will see where is Phil Foden’s earnings ranked.

Phil has been compared to legendary Barcelona players Xavi and Andres Iniesta because of his brilliance and beautiful touches. He entered the Guinness World Records in 2018 as the Premier League’s youngest-ever champion.

In Man City, his salary is currently ranked 5th. But Foden is the third most valued young player in the world after earning millions of dollars throughout his career.

When you see Phil Foden’s skills and ability, you understand that he deserves to receive a high wage. Pep Guardiola also sees the potential of Phil Foden in his team and wants to keep this young football player longer. His talent helps him quickly grow up his income. Now Phil Foden’s income is tripled. Phil Foden will shine with the Citizens in Premier League matches.